Is your dirty car more fuel efficient than a clean car ?

I recently heard a myth that dirt and grime on a car can act much like the effect of dimples on golf balls. The dirty car myth argues that the grimy coating improves aerodynamics. Can this be true? Here’s an engineer’s analysis.

Cars are constantly re-designed to decrease drag as it leads to much better fuel efficiency. Cars have become increasingly streamlined to reduce the surface area and lower the drag. The drag will vary based on the shape, surface roughness, and the speed of the car.

Contrary to our intuition, a properly designed roughness can actually reduce drag. As a golf ball flies through the air, it pushes the air in front of it around itself. This creates a very high-pressure region at the front and a low-pressure region at the back (called the wake). Ideally, it would be great for the air to go around the ball to the back un-disrupted. The more disruption in the air the bigger the wake and higher the drag. The high-pressure difference from the front and the back results in the flow separating from the surface resulting in a bigger wake area. The dimples on a golf ball create little circulating flows which delays the separation resulting in reduced drag (From the airs perspective, it’s like the ball is much smaller). This results in the ball sailing almost 40 percent farther than a smooth ball would travel.

People driving the dirty car myth argue that the extra roughness from dirt and grime leads to turbulent flow, which much like the effect of dimples on golf balls improves the aerodynamics and reduces drag. But randomly distributed dirt particles do just the opposite on cars, creating more drag. Filth and bugs attached to your paint can affect the fuel economy by up to 10 percent depending on the size of the imperfection and the location of it. If only you could tell the dirt to sit in the right spots forming a golf ball-like dimple effect on a car’s exterior, this myth would be a long shot hole-in-one. This is the reason that it is so important to keep the surface of the car as smooth as possible. The more streamlined your car is the more important this becomes and the less fuel efficient your car.

This is exactly why airlines and trucking companies wash their carriers regularly. Having bird guts and bugs on the exterior of a plane will degrade its performance noticeably. NASA has been working on a coating that can make the surface of the wings bug proof. The airline industry spends almost $50 billion on fuel annually for passenger and cargo planes. A bug proof wing could cut as much as $250 Million off fuel costs every year. However, this isn’t a new thing, in fact NASA has been looking to remove the bugs for decades now. A number of ideas and proposals have not taken down due to both environmental and cost concerns. The efforts have not stopped in fact there is still a portion of funding that goes towards bug research.

So unless you have godly powers to make dust and grim sit where it is aerodynamically needed then you do need to get your car washed frequently. Having a clean car not only looks good, but it saves you petrol and improves the performance of your car. If you have a fleet of cars or trucks this becomes even more important in the long run. Additionally, some high-quality cleaning products will leave a coating that can help you to prolong the cleanliness of your car.

304Is your dirty car more fuel efficient than a clean car ?

314Is your dirty car more fuel efficient than a clean car ? 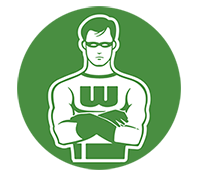